I've been spending a lot of time in GIMP recently redesigning my Twitch channel to work with the new beta layout. It's done for the most part so I decided to retro fit the images into the regular layout. I think it worked out pretty well. The redesign also put my channel's Infiltrator Action name in the forefront.

Unfortunately the new beta layout looses a lot of flexibility like linking to external images. So I will not be able to link my PS2 sig from PSU. The new layout uses markdown but suspiciously doesn't support the image tag from the spec.  They want you to upload an image so you can't make it generated by URL.  I don't want to turn this into a Twitch rant. It's still in beta and things can change so i'm taking a wait and see approach. The way it is now people don't like it.  So... we will see. 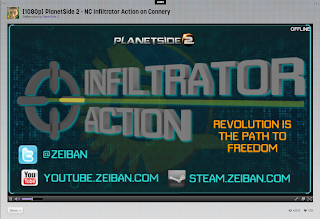 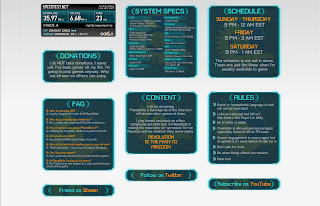 All of the new images used  for the redesign were created in GIMP with the help of some of the PS2 game assets. I figured out the ForgeLight Engine's .pack format of the game resources way back during the beta so I can extract them. Almost all the images are in DDS format so I used SageThumbs to convert them as needed. I still haven't had any luck extracting the models. The models would be useful in creating some Machinima down the road. 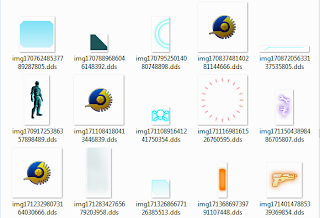 Included  in the redesign are all new Infiltrator Action intro, playing , intermission  and  outro graphics for the OBS scenes. I even added a screenshot rotation to the intermission scene to help entertain people while I take a bio break or take a phone call for a moment. It's a lot better then having my infiltrator just stand there rifle in hand waiting to be shot. 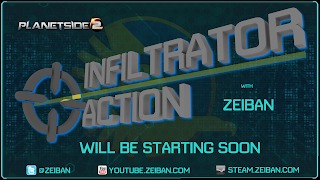 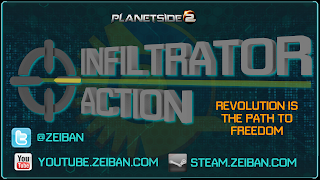 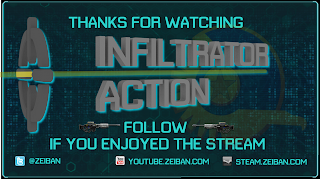 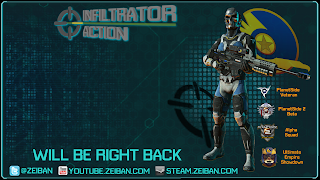